An Overview of the Empire of Feraso
By Riknil Kannex,
Nondec, 1150
Upon completion of my "Overview of Georic," I realized that the short statement on the Empire of Feraso, referred also as the Ferasean Empire, was woefully insufficient.  Despite the fact that the Empire has existed for fewer years since its creation that it has disappeared, its legacy dominates the influence of the continent of Talaishia.
Feraso, The Ancien Empire, Ras-Pryhax.  These are all terms referring to the same things, yet might bring up different reference points.
Even the most respected history texts refer to a former adventure, Leif Bloodblade, establishing the Kingdom of Feraso in 487.  Leif was a typical fighter, plying his adventuring trade around the world, accumulating wealth, and establishing his own independent fiefdom out of the barbarian wilderness.  Leif was considered of average in all attributes, save an adequate sword arm.  His true strength wasn't his hard-earned battle prowess or calculated agility, but the wisdom to keep even keener and wiser allies at his side.  With a plethora of savvy warriors, clerics, and halflings aiding him, his dominion quickly grew to a territory worthy of the name Kingdom.  His initial keep quickly grew into a castle, and the surrounding countryside transformed into Feraso City.
That's the legend, word for word, that every person in Ras-Prythax, and Feraso City specifically, will mention if you ask about history.  In reality, Leif usurped the power on a independent but deceitful duke, rebuild the castle he essentially razed, and upon a stable ruler with a sense of justice, the citizens flocked back to the area.  The name change is at least true.
Upon his death, Leif's youngest son, Titus, was mysteriously killed, his eldest, Leif, was banished from the kingdom of outrageous claims of heinous crimes most foul against the crown.  The middle son, David, assumed the throne, and began a series of decisions so evil, that Leif needed to risk his life to return to Feraso to overthrow his brother.
This is partially true.  David was a particularly cruel, and partially incompetent king, but the fault lay at the feet of his brother Leif.  He renounced his claim to the throne when the opportunity was presented to him, and David assumed it following the rules of succession.  Leif the Second preferred adventuring and travelling to the governance he had been prepared for.
Under Leif III and Leif IV, Feraso expanded its boundaries to its furthest reach.  Overtaking traditional Senzar colonies on the coast of the Mer Atlantl, across the Mer-Med into Kufrik, expanding the Weissmach into the hell steppes of Galmar itself.

The rules of  Leif III and Leif IV are considered the heyday of the empire, and are the exact timelines in regards to anyone longing for the days of Ferasean supremacy.  Oddly enough, the people are absolutely correct.  From 528 through 617, Feraso was at its peak, politically, militarily, spirtually, and technologically.  Artisans and magical craftsmen from all over the world flocked to Feraso City to help build artifacts, many of whom are only mentioned in hushed tones today.

With the ascension of  Leif V to the throne historical texts become sketchy as to specifics.  Leif V immediately recalled most of the military adventures.  Subsequent emperors (and an empress) oversaw a general decline.   Outposts were recalled, treaties renegotiated on unfavorable terms.

In the end the mighty Ferasean Empire was betrayed by the races of demi-kind to the Galmar barbarians, there was little anyone could do but watch it burn.  Leif VII was the last recognized Emperor and the direct bloodline apparently died out.

After years of chaos, in 846, a Galmar Warlord named Liufried, used a number of wars, treaties, and marriages to name himself Krugraf of a region known as Ras-Prythax.   Except that Ras-Prythax is never used in old Ferasean documents.

The core lands form a very old, low valley of the Argivian name for the River Wultha:  Prythax.  Liufried's initial claim of Ras-Prythax stretches through that river valley.  The nobility and rulers of Ras-Prythax are somehow unaware that the country's name is Argivian in nature. "Ras" meaning across, and Prythax for the river wandering north

For 160 years these "Barbarian Pretenders" to the true throne of Feraso claimed various skewed claims, but consolidated their power with the vestige of this eternal Ras-Prythax with the eclectic assortment of dominions.

Almost 75 years from this writing, Krugraf Theuderic I married Princess Jolana Timbertrees of Nitrava, a 5th cousin of the Emperor's extended family, forming possibly a faint claim to the throne, Thus begins the line of "True Pretenders" who appear to enjoy the lineage, but can not garner the power to make a true claim.

After the marriage, Theuderic arrested the entire Timbertrees family, threw them in a dungeon to rot, and bequeathed Nitrava to the Church of Akana as a religious Bishopric.

With only the most minor claims to the Imperial Crown,  the rulers of Ras-Prythax continue to use "Krugraf" to denote the ruler of the Kingdom of Ras-Prythax and nothing more.

For a short time, the empire was reestablished with the discovery of a rightful heir in possession of Taragarth, otherwise known as "The Blood Brand."  It was  Leif I's sword, a dark blade with blood red glowing runes.   Leif IV did use it on his adventures, and all later rulers had it in their possession up to Leif VII.   Finding the burial site of Leif VII might answer many questions.  A short, cataclysmic war enough for many of the core nations to fall under the sway of Emperor Rurik IV and Empress Fiame II, but without a recognized heir for succession, things quickly disintegrated again.
Even an amateur scholar should bring up one interesting question: If Leif I had established the original Kingdom of Feraso in 487, what event starts the official Ferasean calendar.  The answer to that is a softly veiled and forgotten lie, the original Empire of Feraso.

The First Ferasean Empire was carved out of the wilderness by ancient sorcerer-kings and warlords who appeared to be blessed by the gods for wading into battle shirtless.  They defended the pristine landscape from the corrupting influences of the Argivians Artificers, the Pharaohs of Khemmet, and the Ancient Parthian tribes.

The names of these larger-than-life heroes has somehow disappeared from the written record, or even oral tradition. We are blessed with some scholarly work many years later, which listed many of their patron gods and spirits who allowed them to conquer everything

In no particular order:
Farmesk - The God of War
Surku - The God of Death, Lord of the Worms
Yotia - The God of Magic and Wizards
Kanar -  The God of Chaos, The Dark One
.... and a host of others

Another field of debate is exactly where this empire was founded, and expanded to.  Unreliable sources state this nation's influence from Senzar all the way through Parthia and into deeper Azir, but it's political influence was more likely the great Mer Med region.  Based on archeological studies, the core region was possibly dominated by Argivia, Danaan, Barthey, and even the region known as the inhospitable lands of Milosic,  none of whom are the lands claimed by Ras-Prythax, nor any of the original territory expanded upon by Leif I.

The term Ancien Empire regards to the unbroken bloodline between the First, Second, and now Third Empires even reverting back to the Krugrafs of today.  This is a huge pile of ogre excrement.

Despite what the bard of the Krugraf want all of us to know, the bloodlines were never fully determined after the fall of the empire, so Leif I could be related the original Ancien Emperors as much as you or I.

The Ferasean Emprie is a dream, a legend, a quest, but it is also dozens of different ages, actions, and evolutions.  It is quite unlikely a fourth iteration of a united continent will come about, unless a non-reliance on monarchial government and the possession of a particular sword to approve the ruler are agreed upon.

GM Notes:  I have been referring to Leif Bloodblade and Empire of Feraso for over thirty years.  My homebrewed World of Georic has been a a hodge-podge collection of old D&D characters done good, a volatile kingdom, and ultimately, an unrefined background for a number of my games.  As I'm slowly compiling data for Georic Gazetteer, to satiate a personal dream, I've been trying to write a guide, in the voice of an intelligent third-party, that is still trying to figure out how to explain this messed up world to the casual reader looking for a travel guide. 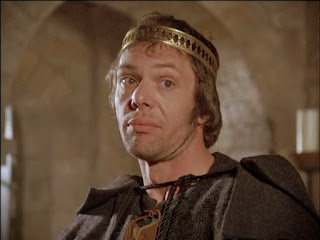 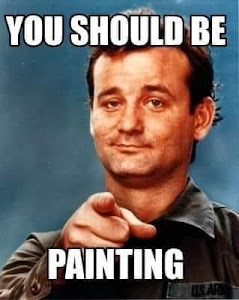 The World of Georic 1989-Present

Painting Totals 2017 and Before

Viscount Eric
I'm a very happy (and happily married) father of two beautiful little girls named Maja and Amelia. Maja bit the gaming bug with Gnome Wars at the age of two, and has kept going ever since. I've been at just about every end of the gaming industry (save distribution, I just had connections). Store employee, manager, company demo guy, writer, publisher, reviewer, painter, con staff and organizer.